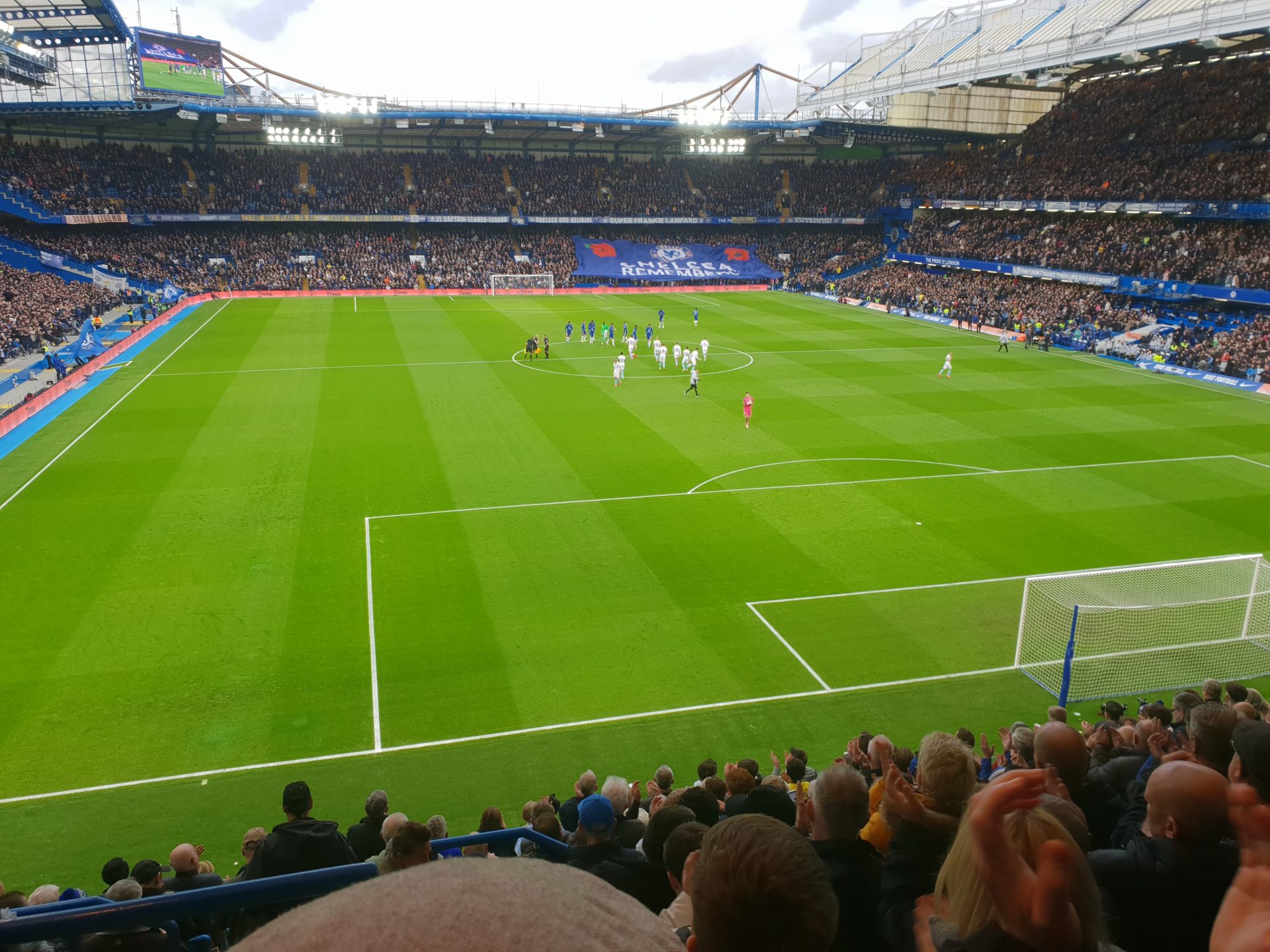 Will Return Of Standing At Stamford Bridge Boost The Atmosphere?

Standing at Stamford Bridge returned after nearly 28 years against Liverpool with rail seating in the Shed End and the Matthew Harding Lower.

Hopefully, this will help boost the matchday atmosphere and bring back some of the positive spirit of the terraces whilst leaving behind the bad.

A return to safe standing at Stamford Bridge has involved years of campaigning from fan groups and many false dawns but now standing is allowed in the entire Shed End and the Matthew Harding Lower.

Fans will still have an allocated seat, but they will now have a choice as to whether they use it.

Why Was Standing Banned?

The Hillsborough Disaster in 1989 was responsible for the tragic death of 97 football fans.

It led to the launch of a full investigation, the outcome of which was the Taylor Report.

The report recommended that stadiums should be converted to an all-seater model and that all ticketed spectators should have allocated seats.

Whilst the report did not say that standing was unsafe the government legislated that no standing would be allowed.

A deadline of August 1994 set for clubs in the Premier League and Championship to comply.

On the 7th of May 1994 Chelsea faced Sheffield United in the last game before the new regulations became law and the Shed End terracing was closed to be rebuilt, with modern seating, concourses, and overzealous stewards.

Impact On The Stamford Bridge Atmosphere

Whilst some of these changes were for the better, the removal of standing had a negative impact on atmospheres across the Premier League.

The cause for this was the introduction of allocated seating making it harder for fans to congregate and the way that standing makes fans feel more involved in the action and is far more conducive to singing and generating atmosphere.

Whilst an allocated seat is important for safety and crowd control, the desire for fans to stand whilst watching football has never disappeared.

If you have been to watch Chelsea at an away game out of the watch of home stewards’ fans watch the entire game standing. After a few years of trying to enforce seating on away fans most clubs simply gave up.

At home fans in the lower tiers of the Shed End and Matthew Harding Lower have spent the last twenty years doing battle with stewards trying to enforce rules against standing.

Maybe the tolerance of standing will see a better relationship with fans and stewards who can focus on things that will actually keep fans safe.

The Long Road To Safe Standing

A return to partial standing has made sense from day one, but it has taken a long time to get there.

The campaign to get seating back has been a long one that has brought fans across the country together. Fan groups including the Football Supporters Association have coordinated, lobbied and campaigned for nearly 32 years before we reached this point.

The challenge being for fans to convince their clubs, the Premier League and the government that there was a safe version of standing. This was a painstaking journey and we tip our hats to all those that fought the good fight.

Whilst allocated seating is a must in modern stadia, the introduction of rail seating is a huge coup for fans and should help revive atmospheres.

Will Safe Standing At Stamford Bridge Bring The Atmosphere Back

The introduction to safe standing is a great victory for supporters and should in theory lead to more fan involvement and a better atmosphere. For those not wanting to stand they will still be able to sit in the West, East or Matthew Harding Upper stands. (see our list of best place to sit at Stamford Bridge)

The proof will be in the results, but we look forward to finding out.