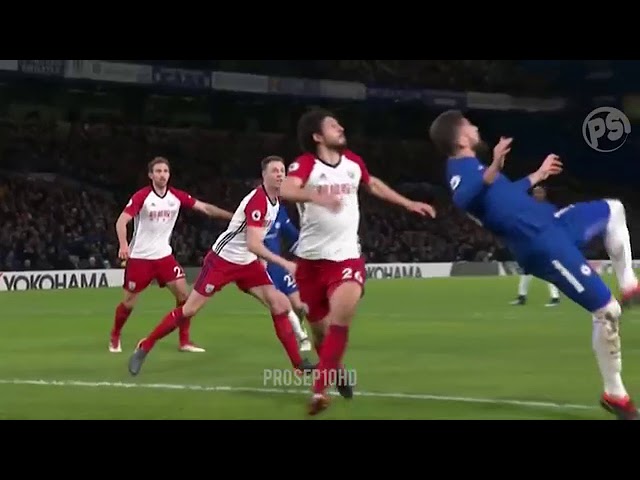 It was a relief to finally taste victory after a disappointing run of games that have seen Chelsea pitched into a battle to secure a place in the Champions League spots. One of the bright spots was Oliver Giroud who had an impressive full debut.

Giroud had a solid performance one that would make odds of 2.00 @ William Hill for him to keep his place against Hull overly generous should they be offered.

Every Chelsea fan was aware of Giroud before he became a Blue, his years at Arsenal mean that opinions on the Frenchman were well formed before he signed on the dotted line.

He was not really on Blues fans transfer radars before mid-January but quickly became part of a transfer triangle with Patrick Aubameyang.

The response to his signing was cautious optimism, he had a decent goals to game ratio at Arsenal but could not get into the team on a regular basis.

Signed as back up, it looks like he could have a decent shot at competing with Alvaro Morata for the sole striker role within the starting XI.

At £18m his signature seems like great value and he should play a big role in our fortunes between now and the end of the season.

After a debut from the bench, Giroud got his chance to start in a Chelsea shirt against West Bromwich Albion on Monday. The Metro reported Giroud’s approach to his arrival at Chelsea , departure from Arsenal and getting to make his debut.

Yeah it’s true, I needed a new challenge. Chelsea gave me this opportunity and I really want to make my debut tonight. I’m looking forward to it.

Giroud looked sharp from the moment of kick off, holding up the ball well, pressurising defenders and using fancy touches to play others into the game at will.

West Brom were in no mood to let him play though, with Giroud the target of a series of crunching tackles and challenges that saw him bandaged up before half time. His most important contribution was his interplay with Eden Hazard.

This came to fruition with a fancy one to that saw Hazard plant the ball in the bottom corner to give Chelsea the all important opening goal against a defensive and combative opponent.

Signing for Chelsea sees Giroud back in the FA Cup and Champions League competitions. He is eligible as Arsenal only qualified for the UEFA Cup this year and in the FA Cup he missed Arsenal’s defeat to Nottingham Forest.

The FA Cup game against Hull is an opportunity for Morata or Giroud to keep their journey towards fitness and confidence going ahead of tough selection decisions.

Giroud comes into the team during a crucial few weeks that see Chelsea play Barcelona, Manchester City and Manchester United in quick succession.

The Champions League task against Barcelona seems an extremely difficult one but if any team can beat Barcelona then it is Chelsea. Nobody will want to lose to Jose Mourinho’s Manchester United or to give Manchester City an earlier opportunity to take our title.