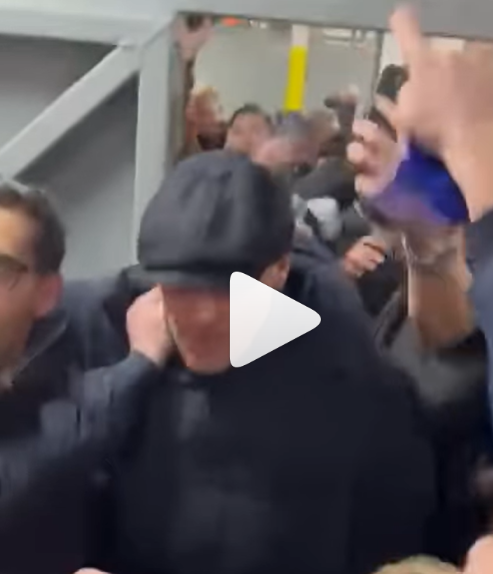 John Terry enhanced his cult status with Chelsea fans, by watching the Liverpool vs Chelsea game in the away end with the fans at Anfield.

Terry posted on Instagram that, he wanted to get the full experience of watching the game with the fans at an away game.

During the game he did not hide or shy away from the attention and was happy to take pictures with fans and joining in the singing.

He got fully involved and immersed in the experience as he joined in with the fans as they sang chants celebrating his achievements at the club and belittled trophy dodgers Tottenham.

John Terry Has Won The Double

The Sh*T From The Lane

Have Won F*ck All Again

John Terry Has Won The Double

On his Instagram post, he paid tribute to those who travel the world to support the Blues and spoke about the difference between playing and being with the fans.

You can see how good a time he had here

Terry may not have seen Chelsea win but he gave the fans in attendance an experience to remember as they got the chance to take in a game with a club legend.

Spare a thought for the fan we know that had a ticket for the game, but due to last-minute commitments, had to give it away to a friend. They were gutted when they got a picture message from a friend showing they would have been sat next to John Terry!

Terry is a club legend and after coaching with Aston Villa is now back at Stamford Bridge working with the academy. It is great to have him back at the club and even better to see him engaging with fans and immersing himself even deeper into our history and folklore.