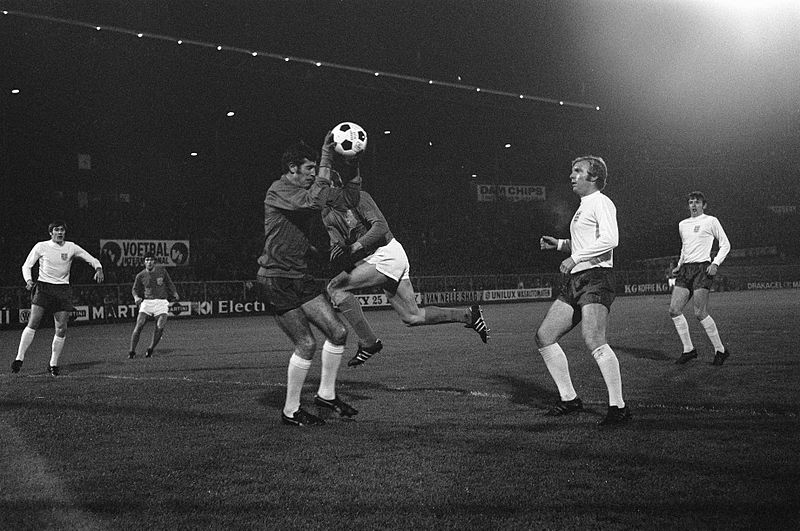 Peter Bonetti – The First Chelsea Player Of The Year

The first Chelsea player of the year was Peter Bonetti.

The legendary goalkeeper won the inaugural award in 1967 and is one of just five goalkeepers to have won in the award. A true Chelsea legend he played for the club between 1960 and 1979 and is the club’s second-highest appearance maker of all time.

Who Was The First Chelsea Player Of The Year

Peter Bonetti was a Chelsea academy graduate who made his debut in 1960 and spent 19 years at Stamford Bridge.

Bonetti is one of the most iconic players to play for Chelsea. Nicknamed the “Cat” he made a mammoth 729 appearances during two spells with the Blues. During that time he was one of the most talented goalkeepers in the country.

Unfortunately, he shared a generation with Gordon Banks meaning that he only received 7 caps for his country. He played in the 1970 World Cup and was part of the 1966 squad but did not play a game during England’s successful campaign. He did eventually get a medal though, awarded in 2009 after a long-running campaign for the entire Cup-winning squad to be recognised.

The “Cat” also spent time playing in the USA, after being released by Chelsea on a free transfer he joined the St Louis Stars in 1975 before returning to Chelsea the same year to help rebuild the club under new manager Eddie McCreadie.

During his time at the club Bonetti experienced the rollercoaster that is Chelsea Football Club.

He saw the club rise and fall on more than one occasion, played with some of our greatest ever players and watched the club sink towards mediocrity.

During his time he got promoted, relegated, won trophies, and lost finals experiencing almost every emotion.