As you know football now is all about prawn sandwiches, champagne and meeting celebrities in your corporate box, this is what every football fan wants and eventually UEFA will have its way and make this a reality. There are however people out there who remember a simpler time where the football was diabolical but supporting the club was a bit more rough and ready.

Therefore I thought I would tell you about one written by Chelsea legend Kelvin Barker.

Celery! Representing Chelsea in the 1980s 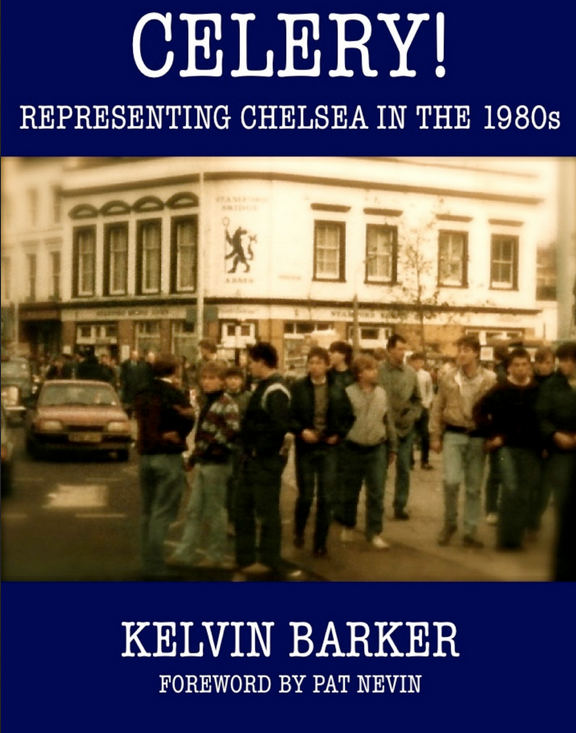 Kelvin Barker was just five years old when he stood on Stamford Bridge’s famous Shed End terrace for the first time in December 1970. Chelsea beat Newcastle United 1-0 that day, although Kelvin, standing just two foot tall, was able to see precious little of the action. Nevertheless, it heralded the beginning of a love affair which lasts to this very day.

By the time the Eighties arrived, Kelvin was a fully paid-up member of the blue army, and had already witnessed more ups and downs than an average adult movie as a result, and it got a whole lot worse before it got better. But it did get better, and in Celery! – Representing Chelsea in the 1980s, Kelvin has gathered together the thoughts and recollections of twelve star performers of the time, to add to his own memories of an incredible decade for the Blues.

From his own amusing tales of hugging skipper Colin Pates on the hallowed Stamford Bridge turf and serenading Bob Geldof in the King’s Road, through to the incredible behind-the-scenes stories as told by the players themselves – the mysterious case of Mickey Thomas’ disappearing gold chain, how a kick in the head made Joey Jones a fans’ favourite, the role physio Norman Medhurst’s hair played in David Speedie’s departure from the club, and many more – this book lays bare the facts of representing Chelsea in the 1980s, as recalled by those who were there.

Note: FamousCFC.com received no payment for this article we just love the book.