Home Chelsea News Why Liverpool Should Be Crowned Champions Even If No More Football Is... 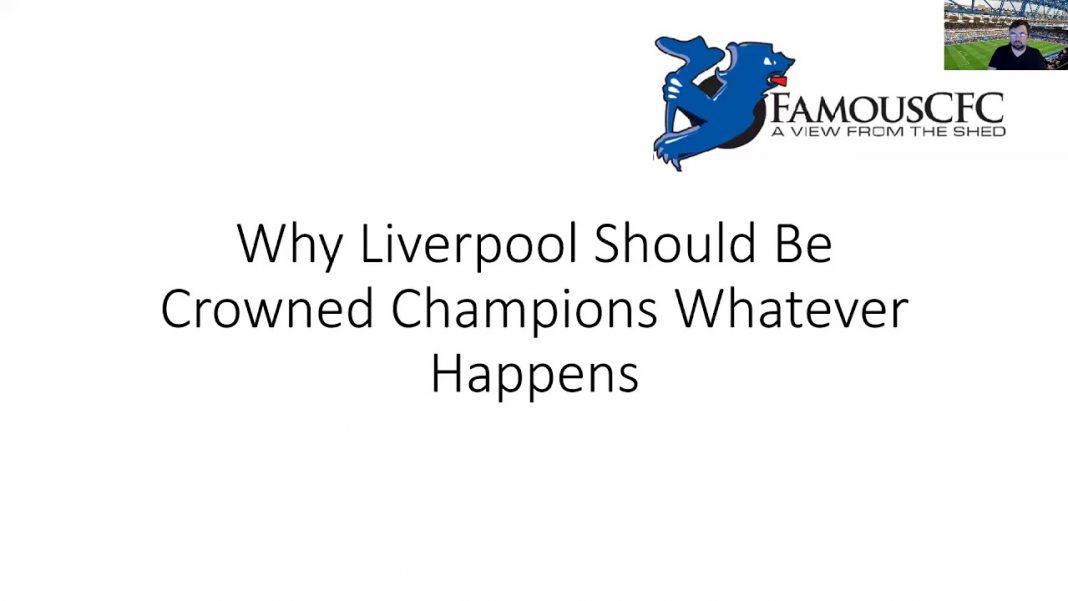 Whatever happens with the Premier League in the coming weeks and months the 2019/2020 season has to end with Liverpool being crowned champions.

As a Chelsea blog this is incredibly hard to say but it is the truth, they lead by 25 points with nine games to play.

There is no Demba Ba to ride in and save football, and if the season is stopped then it would go against the sporting integrity of the game to suggest the team all but mathematically champions do not get crowned champions.

We know the FA is desperately planning ways to end the season and tentative steps are being taken to restart football and squeeze the season in before the start of the next one is due.

Obviously the health of the nation is more important than football but if there is no more football it seems crazy not to award a team so close the title.

This is painful to write, which is why we are publishing on Demba Ba day.