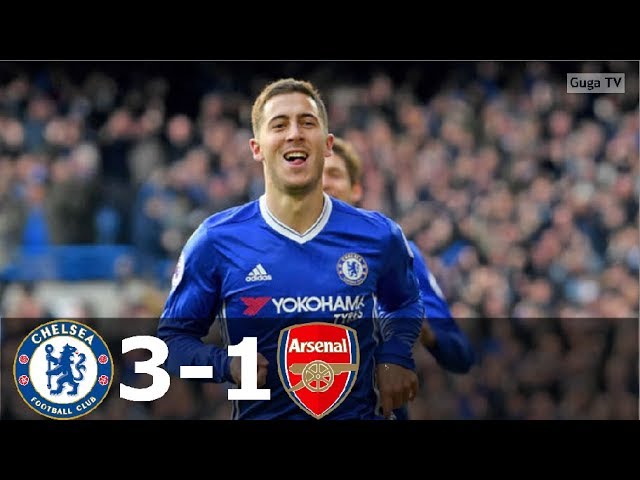 In that time Arsenal have gone from perennial challengers at times invincible to a laughing stock that value fourth place far more than trophies.

In order to build some excitement ahead of the game tomorrow here are videos of three moments where Chelsea have destroyed Arsenal.

The games span the League Cup, Premier League and Champions League and we have even snuck in an extra moment on top of the three promised

Let’s start with a 5-0 victory at Highbury in 1998 a time when we were on the rise but were not the dominant team in London that we are today.

The 2013/2014 season saw Jose Mourinho back at the Bridge and he made his mark with this stunning six-goal victory. We were two goals up within ten minutes and when Oxlade Chamberlain handled on the goal line Kieran Gibbs was sent off Chelsea scored and ran riot.

Last season and Conte got revenge for defeat early in the season with a comprehensive victory during our march to the title.

This game included the Hazard wondergoal where he beats half the Arsenal side on a mazy run and finishes it off.

Whatever happened between him and Terry Wayne Bridge will always have one moment that Chelsea fans will remember forever.  a quick on two and Wayne Bridge wrote his name into Chelsea folklore with a strike that announced Chelsea had arrived on the European stage