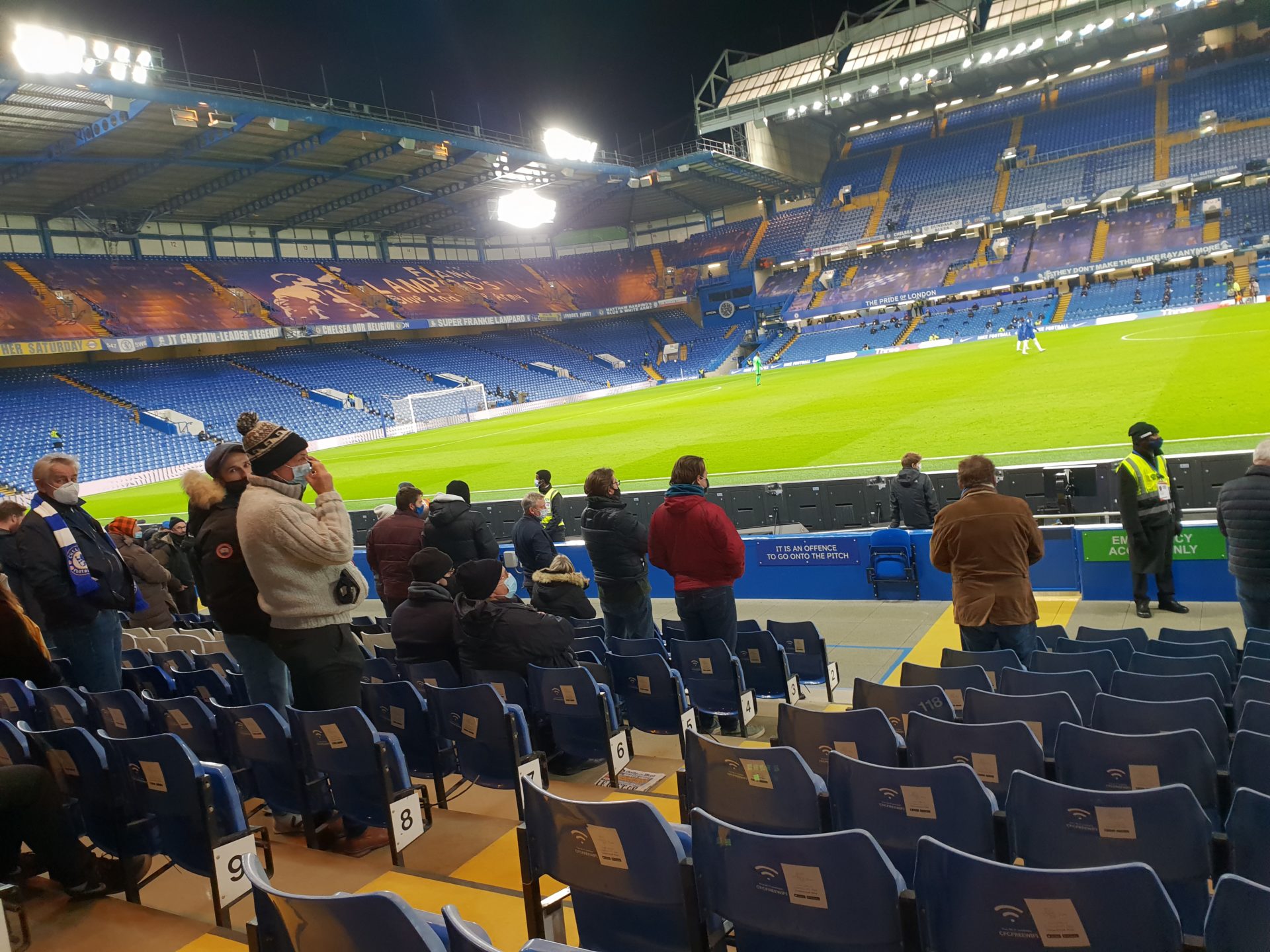 One of the unexpected impacts of fans being locked out of the Premier League was players overacting when challenged. Their pain filled yelps designed to shock refs into decisions.

The lack of fans meant that screams of pain echoed around stadiums and had a much bigger impact on referees.

Apparently, Diego Llorente had not gotten the memo that fans were back.

Llorente tried this with 2,000 Chelsea fans and cried out a falsetto howl of pain in the second half during a challenge with Oliver Giroud.

The referee was not conned, no foul was given.

The home fans took exception, incensed by what was clearly an effort to cheat.

Llorent bounced up pretty quick for someone who sounded like he’d been hit by a mortal blow and that’s when the fun started.

The Chelsea fans mocked his high pitched yelp, with equally high falsetto screams every time he got the ball until the end of the game.

It was quite funny.

As Chelsea sat back and let Leeds have the ball chasing an equaliser he had plenty of touches of the ball and fans in the West Stand (closest to his play acting) took great delight in adding a touch of panto to the game at the beginning of the Christmas season.

Having attended the game but not joined in (my voice is too high for falsetto) it is this kind of detail that can get missed and adds a bit of hilarity and fun.

Whilst this may not be the reaction expected, it is the passion and bit of fun that lockdown games lack.

The moment was missed by many watching at home, who seem nonplussed by the weird screams having missed the context of the incident.

It was great to have football back in some form, but it is the fans that make the game and weird moments like this prove it.

Top Tip – If you are going to scream like Llorente did on a football pitch, make sure you are actually hurt first!