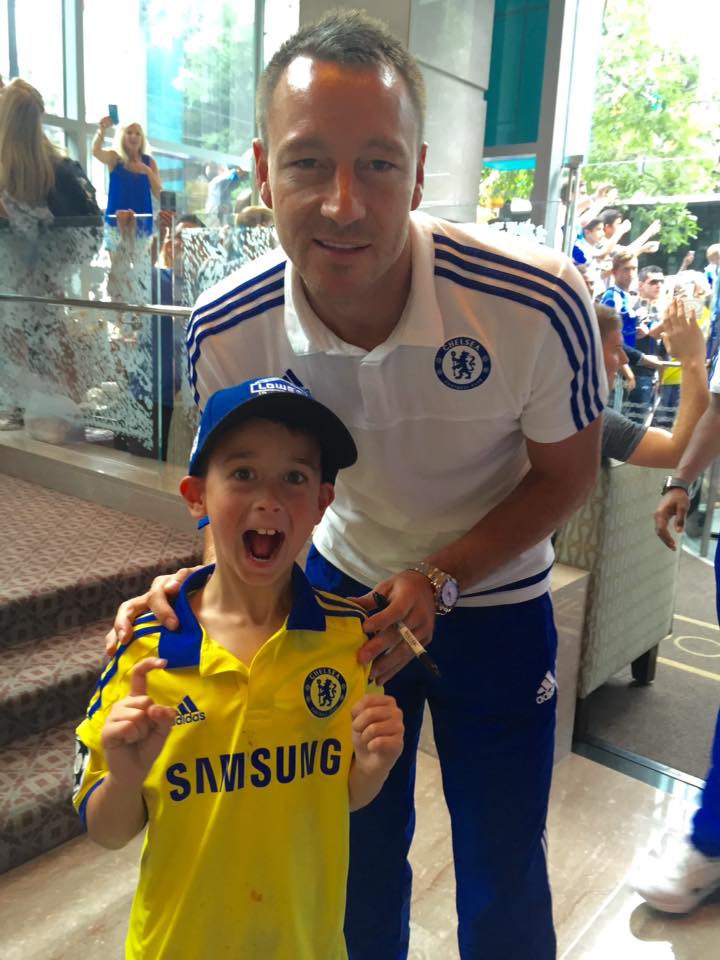 The Chelsea US pre-season tour is underway and from what our friends across the pond tell us the Chelsea fans they are having a whale of a time.

As a UK based Chelsea fan blog of a certain age we can remember a time before the razzmatazz of an overseas pre-season tour. A magical time which may start in Scandanavia or the low countries before playing a mix of lower league sides. Culminating in a glamour friendly or pre-season tournament like the Makita Cup.

In those days we were a bit like Arsenal, these fake competitions were the best chance we had of winning a trophy. Things have changed a little bit since then.

Slowly but surely we have come to accept the new reality. One where the success of the club and the Premier League in general means there are millions of fans across the world that love English football. For one small window each year, the club brings their idols to them to boost the club’s reputation and keep the club commercially competitive.

The USA is a huge market for football.

A large number of fans in the USA have taken Chelsea to their hearts. They have swapped weekend lie-ins and following sports that their friends understand. For a game that is played early on weekend mornings. One could say there is nothing more British than using football as an excuse to be at the pub for 8am on a Saturday.

It is this passion that has endeared this blog to our US supporters, we have met many of them at the Bridge over the years as they make a footballing pilgrimage. These are not the stereotypical overseas fans you read about in the press. These fans may be thousands of miles away but they share the passion, they may never have been to Liverpool but they are smart enough to know it’s a shithole.

The next week or so sees fans that may watch alone or at local bars all come together and share their love of our club, I don’t care who you are that sounds quite cool. I must admit I am jealous of how much the club does to welcome them and put events on that we just don’t get in the UK.

The summer tours in America are completely unlike any matches Chelsea will play anywhere else. No other club has the level of organization in the United States, at local and national levels, that Chelsea supporters have. And without the anxiety of results weighing upon those in attendance, the focus is on what makes football great – songs, pints, friends and atmosphere. What happens when you get season ticket holders and grizzled away day veteran flying over to meet with those who wake up at 6am every morning to head to the pub to watch a match? Throw in a dose of celebrity within the supporter community, a few club legends and a bar? Chaos in the best sense of the word. It’s English tradition with a dose of American spectacle – we hope all can enjoy.