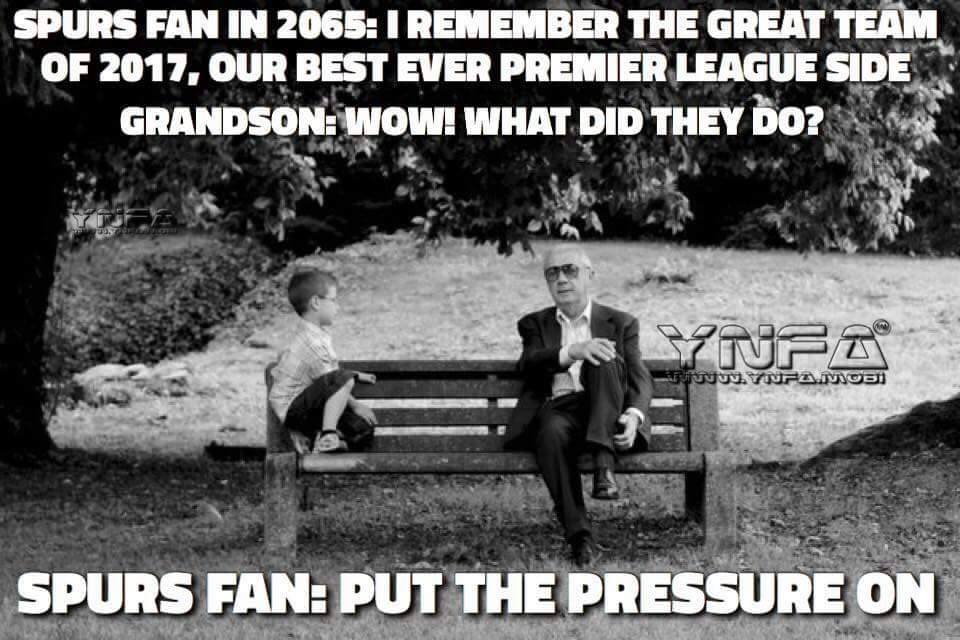 After Spurs lost to West Ham and we beat Middlesbrough to put the Premier League just one win away from our grasp there has been lots of laughing and taunting of Tottenham.

The hope is what kills you in football and after an impressive run, Spurs fans were full of hope before the start of the weekend.

Spurs Bottling It Did Not Happen

However, the loss against West Ham is not evidence of “Spurs Bottling It”, one because they won 8 games in a row to create a title race.

They did not “lose” the Premier League in defeat to West Ham they did it by failing to gain enough points in the previous 34 games.

I will admit that after they cut the gap to four points with the FA Cup Semi-Final on the horizon there were some nerves starting to set in. Only after the reverse this weekend have we been able to relax.

The main complaint of the “Spurs Bottling It” claim is the suggestion that the Blues did not earn their position and it was handed to them.

This is not true, after losing to Arsenal in October, Chelsea went on to be the most consistent team in the league equalling the league record for consecutive victories.

Spurs may have ended that run and had one of their own, but they fell short due to the relenting success of the Conte machine.

Conte revolutionised the league with a new formation and approach to the game that others are still trying to adapt to and bring into their own games.

So whilst it is always time to laugh at Tottenham, let’s not call them bottlers, let’s just stick to calling them an inferior side that has never won the Premier League.