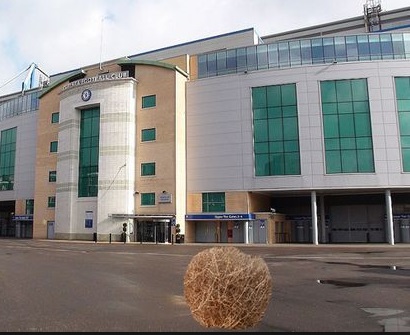 It is reported that the Brazilian holding midfielder Luiz Gustavo is keen on a move to Stamford Bridge this summer. The German Cup winner has a £33 million release clause in his contract, and the Blues could be set to strengthen in a position where they already have considerable strength. Gustavo, 27, has over 30 caps for Brazil, and has enjoyed a very good season at Wolfsburg, with former Chelsea players Andre Schurrle and Kevin De Bruyne.

The midfielder is quoted as saying:

“If I were to be able to once again have the chance to go to such a club, then that would be like a gift to me. However, I also know what I have at VfL. I am incredibly happy here.”

The holding midfield role is one which Chelsea are quite well endowed. Nemanja Matić has been nothing short of a revelation since rejoining the Blues, and it’s quite clear that his tutelage under former Benfica manager Jorge Jesus was incredibly productive. Alongside Cesc Fábregas, it’s clear we have one of the best midfield partnerships in the league.

Thus it’s quite hard to see exactly where Luiz Gustavo fits into the Chelsea team. Although that is nothing to discredit the Brazilian, he had a quite impressive average rating of 7.26 this season with Wolfsburg, but even that doesn’t earn him a starting berth in the Chelsea midfield.

Thus not only does it raise questions regarding Chelsea’s purported interest in the player, but also the players interest in a move to the Premier League Champions. He has already failed to make a real impact at a big club, as he moved from Bayern Munich to get more first team football. Would he really be keen on going through another similar experience?

Furthermore, what would this mean for the development of Ruben Loftus-Cheek? There is a definite drive and enthusiasm of the Chelsea faithful for the young English midfielder to have a real chance to mark himself on the Chelsea team this coming season. Signing Gustavo would only serve to hinder that chance.

Lastly, the £33 million hardly represents good value. Whilst Gustavo is a player with obvious class, he would struggle to improve our starting eleven (If at all), whilst simultaneously taking out a significant chunk of our transfer budget. Signing a defensive midfielder isn’t one of our priorities, (or one of Jose Mourinho’s), and with Chelsea seeking a more efficient transfer policy than that of yesteryear in order to comply with FFP , I can’t see this deal happening in any way at all.