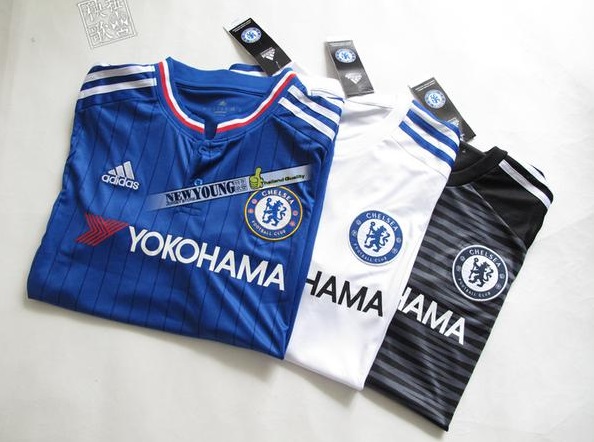 This summer will see Chelsea Football Club wave goodbye to Samsung as our shirt sponsor with Yokohama taking over.

Samsung have been emblazoned on the front of our shirts for nine years, during which time Chelsea have won everything domestically and in Europe with the exception of the European Super Cup. In fact you could say that Samsung have got excellent exposure as winners during their time in the hotseat.

The announcement of a new primary sponsor always gets people excited as it means that there will be an inevitable change in kit and often a change in style. Over the last few generations Chelsea have had some iconic kits and the sponsor plays a part in that.  From Commodore to Coors when I think of iconic players such as Lampard, Zola and co I can clearly see the sponsors logo emblazoned on their head.

Here are the sponsors we have had in my time

Computer company, hardly rock and roll but Amiga was on our shirts for our first Cup finals in more than 25 years and the first kits I remember, I will always love them.

US based beer maker, they graced the chest of Dennis Wise, Gianfranco Zola, Roberto Di Matteo and Gianluca Vialli and were sponsors for the 1997 FA Cup Final. To prove advertising works, I still look to see if the bar I am in serves their lager. Who can forget this gem.

Showing my buddy old Chelsea kits with Coors sponsor, I ran across this beauty. Looks like a grandpa shirt from Sears. pic.twitter.com/XpeHSw0D — Brandon Sparks (@SportLogoPundit) May 19, 2012

Hardly rock and roll but success continued under this windshield replacement company. They also were the sponsors for this my favourite Chelsea away kit 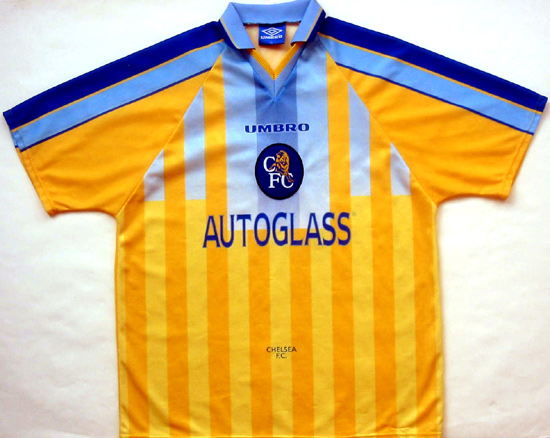 Although now associated with Arsenal, the Middle Eastern airline a forerunner of a previous sponsor Gulf Air sponsored Chelsea in their first foray into British sponsorship. They were on the chest of Frank Lampard at the Reebok as he scored the goals that saw Chelsea lift their first ever Premier League trophy. It almost feels like sacrilidge that they are now associated with Arsenal.

To explore other retro kits check out our sponsors CampRetro and their range of historic designs here – http://bit.ly/1AO1dZM