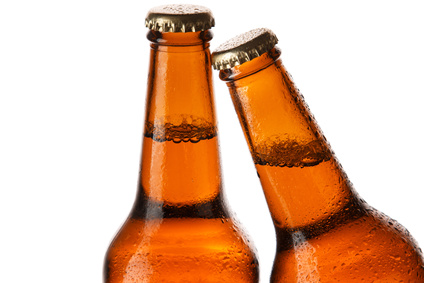 Chelsea fans could have been forgiven for wanting to have a beer or two after some of the performances they have seen this season. This weekend though they were rewarded with beer, a champagne performance and fireworks on and off the pitch.

Chelsea fans that got to the ground early were given a voucher for a free bottle of beer or water. They were then treated to a fireworks and lights performance before kick off, even if before the game there might have felt like there was little to celebrate.

This was part of a range of different events/activities the club organised before the Newcastle game to entertain fans. Including the chance for fans to play FIFA 16 on big HD screens and a brass band to entertain those walking to the ground.

It is a nice touch and good business sense. Getting fans in the ground early increases the amount that is spent in the grounds bars and fast food kiosks.At more than £4 a beer this would equate to a fair amount of extra sales.

Cynical fans have questioned the motives behind this small concession, however it is good to see clubs doing more for fans. Chelsea have done lots for their travelling fans this season having spent more than half a million pounds on discounts and transport.

More importantly to Chelsea fans though there was something special delivered on the pitch as well as on it. The Blues coasted to an emphatic 5-1 victory against Newcastle with the fireworks inspiring a frenetic first twenty minutes that saw three Chelsea goals.

If this is an omen for the future then maybe free beer for Chelsea fans should be on the cards before every Chelsea home game. With the new TV deal there is an appetite for a changing relationship between fans and their clubs, lets hope this is the start of more positive actions to come.