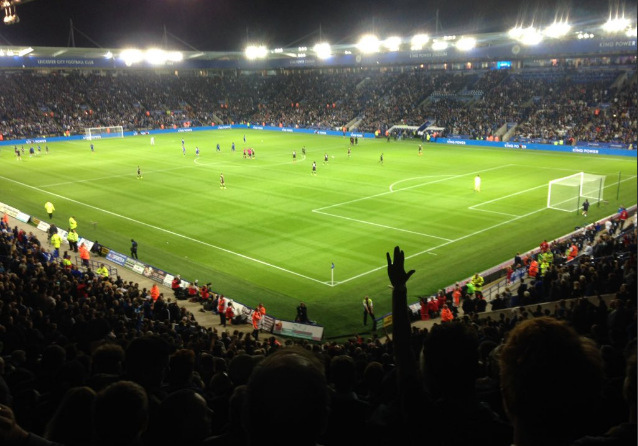 David Luiz may have made a defensively questionable start to his second spell at Stamford Bridge, but on Tuesday night he reinforced why his eccentric personality makes him a cult hero to Chelsea fans.

We overcame Leicester in 120 minutes so it may be understandable why the majority of exhausted players only made a token effort to show their appreciation to the travelling Chelsea fans.

The atmosphere against Leicester was brilliant throughout the game and deserving of more than a token gesture the only one to acknowledge this was David Luiz.

At the end of the game he came jogging over to the Chelsea end picked out a fan and gave his search to the joy of the travelling Chelsea fans. Whilst Chelsea fans will want more from him in the long term, his passion and connection with the fans will go a long way.

Let’s hope the rest of the squad follow his example in the coming weeks.