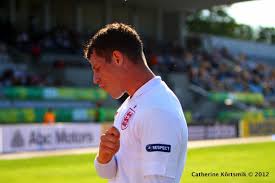 The retirement of Frank Lampard and John Terry and Gary Cahill joining the fringes of the first team has created a lack of English players in the team. Can Ross Barkley or Ruben Loftus-Cheek fill the void?

There are a phalanx of young players challenging to keep an English presence in the team. If you signup here to Novibet you would have a hard time betting on who would be the next Englishman to establish themselves in the first team.

Whilst there is a strong youth team at the club, genuine challengers for first-team football have been few and far between. With the exit of Gary Cahill becoming more likely as he rides the bench there is a desperate need for English influence on the team.

Whilst the goalkeeping, defence, and striking positions have no natural successors from the youth team (except possibly Callum Hudson-Odoi) the midfield and attacking midfield positions have two English players fighting for game time and giving Sarri a selection headache.

At the start of the season his two English options Ross Barkley and Ruben Loftus-Cheek were in the weeds with Jorginho, Kovacic, and Kante the preferred starting trio.

Both players though have trained hard and been given chances by Sarri to shine and taken them with both hands.

Barkley has scored in his last 3 Premier League games including a last-minute equaliser against Manchester United. Against Burnley, he started and scored with an excellent long-range effort to give Chelsea a comfortable lead in the game.

Not been outdone Loftus-Cheek has also hit a rich vein of form and put himself back in the selection mix. He scored a hat-trick against Bate Borisov in the Europa League.

Despite being dropped for the trip to Burnley he came on after half an hour and scored in the second half of the game to keep the pressure on Sarri for his omission.

To get a regular first team place either will have to either convince Sarri they deserve to start ahead of Kovacic or that they can play in the attacking midfield positions ahead of Willian or Pedro.

This will be a tough ask but not implausible.

Barkley has been played in rotation with Kovacic so maybe he can with consistency make the role his own. Loftus-Cheek replaced Pedro in the first half of the Burnley game which could mean that he could be considered for that role in the future.