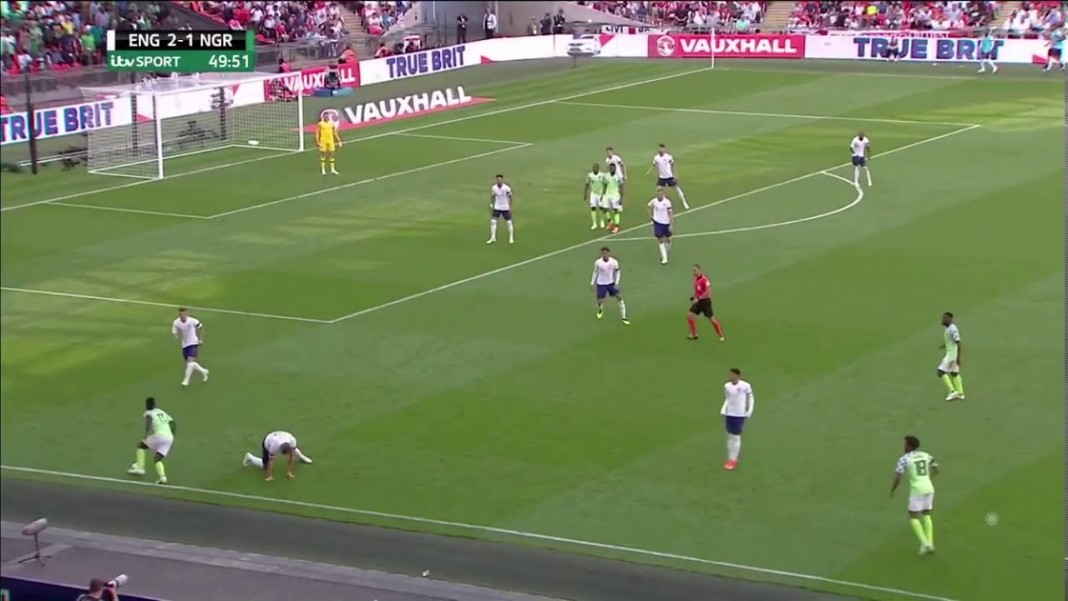 There will be 14 Chelsea World Cup players on the plane to Russia for their respective national team squads, find out who made it and who is staying at home.

If you are thinking of having a bet world cup then you might be better off following the fortunes of Antonio Rudiger, Eden Hazard or Willian than Denmark’s Andreas Christensen.

The award for best dressed Chelsea players on the plane to Russia will probably go to Victor Moses and Kenneth Omeruo.

The Nigerian kit is something that really has to be admired for its boldness. Apparently, the kits are selling out rapidly outside of Nigeria having caught the imagination of the entire world.

Back to the football, it was great during the warm up to see Moses teaching Harry Kane a lesson with a quick turn that left the Spurs striker poleaxed.

This was also a game that saw Gary Cahill on the scoresheet, a moment that clearly meant a lot to Cahill given his up and down season that nearly cost him his place in the England squad.

Hopefully, his experience will see him selected for England and help the Three Lions avoid the embarrassment of the European Championships. The other Chelsea player in the England squad is Ruben Loftus-Cheek who had an impressive season out on loan.

There will be high hopes for Eden Hazard and Thibaut Courtois and the talent-filled Belgium squad who will be hoping that their golden generation will finally come good in a major tournament.

Chelsea’s player of the season will also be at the World Cup with N’Golo Kante giving the French team a solidity that could lead to them being a surprise package during the tournament.

He will be joined in the French squad by Chelsea new boy Oliver Giroud, who after a slow start found a bit of form for Chelsea both starting and coming from the bench.

A bit part player for Chelsea Willy Callabero will also be in Russia, an injury to Manchester United’s Sergio Romero means that he could actually be Argentina’s number one goalkeeper for the tournament.

Chelsea’s sole Spanish representative will be Cesar Azpilicueta who had a solid season despite our troubles.

A poor season means that a number of established Chelsea first-team players will miss out on the World Cup. Notably, Alvaro Morata, Marcus Alonso, and Cesc Fabregas have been snubbed by Spain.

This is surprising for Fabregas as he has been talismanic to the Spanish team for a number of years and would have brought some talent to the squad even if not given a starting berth.

The England players to miss out were new signings Danny Drinkwater and Ross Barkley. Both barely featured for Chelsea during the season and would not have high hopes of getting a call from Gareth Southgate.

Another unsurprising omission was Tiemoue Bakayoko who had an underwhelming season and was overlooked by France.

Finally, David Luiz will not be representing Brazil as his injuries and lack of game time have seen him fall out of contention.

Chelsea World Cup Players On The Plane To Russia