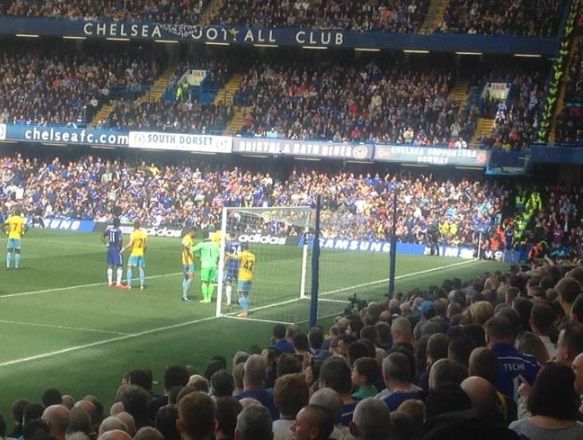 We will find out tomorrow if Chelsea winning 14 Premier League games in a row will become a reality. It would be an incredible record, but let’s stay focused. The most important thing is that victory would put Chelsea 8 points clear at the top of the table.

Whilst the record of Chelsea winning 14 Premier League games in a row would be nice the points are more important.

If we win then we will stride further away from the back, but if we lose there will be four teams almost within touching distance.

Confident Of Getting A Result?

Given our form it is possible to be over-confident, winning has become a habit after all. If we play the way we have been recently we have a huge chance of getting the points.

However, the game is far from a foregone conclusion, Spurs are playing decent football at the moment and getting the right result will be a real challenge.

All of our core of players will be available and Antonio Conte will have the choice between Nemanja Matic and Cesc Fabregas. Playing away from home the logic is that Matic will get the nod, however I trust Conte’s judgement either way.

Tottenham fans are getting quite excited about the opportunity to end our run and get revenge for last season.

That is one narrative although I will be hoping Blues fans will be crowing breaking the record against a rival.  I am sure that whoever wins will go to great lengths to remind their rivals for years to come.

The record is not the most important thing, it certainly would be sweet to go 8 points clear and break a Premier League record in the process.

Whatever happens tomorrow Chelsea will hold the record for most consecutive Premier League wins, it would be better not to share the honour with Arsenal though.