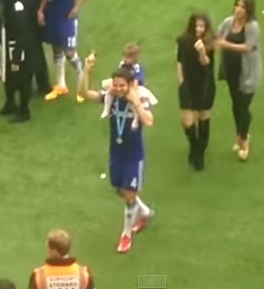 Despite a new system it is clear that Chelsea need Cesc Fabregas, even if he may no longer be part of Antonio Conte’s first choice XI.

Therefore it is reassuring that Fabregas has of his own volition rubbished reports that have surfaced linking him with a move away from the Bridge and the idea that Conte had told him he was not needed.

In a faster and physical Premier League Fabregas is a little bit of a luxury, but he offers something different that Chelsea will need over the course of a long season.

The Premier League moves fast and teams quickly figure out sides that play the same way for an extended period of time. Chelsea need Cesc Fabregas to provide the tactical flexibility that will be vital over a 38 game season.

Fabregas may not start every game but he will start many, and even where he doesn’t from the bench he will have a significant role to play. He is still at the top of his game in that creative attacking midfield position.

His role will be to break down teams where two defensive midfielders shifting the ball to the flanks quickly will not work. We have already seen him provide the perfect pass for Diego Costa against Watford. Just three games in there are points won that can be directly attributed to his contribution.

Contrary to what has been written, the manager and I have a good relationship and he has NEVER told me that I can leave. He said…/ctd

…/ctd that he counts on me, as I count on him. I will continue to fight for this club until the very end and when called upon …/ctd

…/ctd I will always give my very best. I'm fully committed to @ChelseaFC and my only goal is to help them win football matches.

Whilst Fabregas states that he is happy and ready to fight for his place it will be interesting to see how the dust settles over the course of the season. How much game time he will get and how he will feel about a diminished role should that become the status quo.

For now though we will be happy to hear that Fabregas is going nowhere.