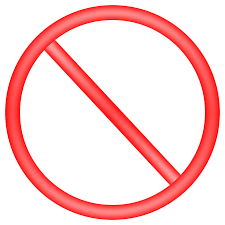 Whilst others plan transfers as the deadline approaches all is calm at Chelsea as the transfer ban takes the angst out of pre-season and delivers Chelsea’s Greatest Transfer Window.

Instead of worrying about what will happen Blues fans have been able to enjoy summer safe in the knowledge that few surprises are likely between now and the start of the season.

It is not meant to be this way.

Rival fans have been crowing about the arbitary punishment dished out by the footballing overlords who have taken time away from planning World Cups where the heat and construction death toll rises with every passing day.

They saw it as something that would see Chelsea disappear from relevance whilst the other clubs got things done. Whilst these opposition fans laud new signings or despair at a lack of activity Chelsea know exactly where we stand.

The one player that was going to leave whatever happens has left for a sizeable fee and we squeezed a signing in January in Pusilic that will ease some of the pain felt by the departure of Hazard.

With a stockpile of talented players Chelsea still have plenty of options ahead of the current season and the mood of the fans and the bank balance will be positive come the start of the season.

Youth is getting a look from a new manager who understands the club’s DNA, if only every summer could be this awesome.

Think about it….. England have won the Cricket World Cup, a club legend has taken over as manager and our youth prospects are getting the kind of chance their predecessors could only have dreamed of.

The bank balance and profitability of the club will go up and my heart pressure is a little bit healthier.

The incoming club legend will have lower expectations to work form and might even get a fair crack of the whip. I think it is time that every Blues fan wrote to FIFA to thank them for their help.

Also absolutely no reason to watch the same story on Sky Sports News over and over again waiting for a slither of information about the club’s transfer targets.

If only every summer could be this way.