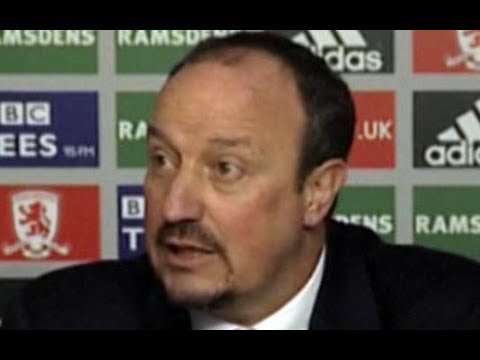 With his contract at Newcastle due to expire and no word on whether he will sign a new one bored media have been connecting the dots.

Suggesting that Rafa Benitez may shun the adoring Geordies and return to Stamford Bridge where he was met with open hostility for the majority of his time.

This is all assuming that the rumour that Sarri is bound for Juventus is true and the board will favour experience over the romance of bringing Frank Lampard home.

The rumour appears to be the ultimate troll, even the thought of it is enough to send some Chelsea fans into a rage. It is already a bizarre and regretful part of our history that he managed the club at all.

Some may point to the Europa League and Champions League qualification but he doesn’t like the club or it’s fans. I have no idea why he joined the first time around and it would make even less sense to repeat.

It is not panic stations mid-season, we have a little time to think and should Sarri leave find an alternative.

Our record with managers is poor and there is the transfer ban to contend with but I have to think there are other options available to the club. If this is being genuinely considered then the board need to get their heads checked.

I think I could name a hundred different managers I would prefer and a preference list would probably see whoever is wearing the Stamford the Lion costume ranked higher than Rafa.

Silly season is well and truly here and normally I enjoy the crazy rumours and speculation but this is a bridge too far.

Although I do have to congratulate whoever in Italy created the rumour as it has been picked up by the UK tabloids and wound up quite a few Chelsea fans.