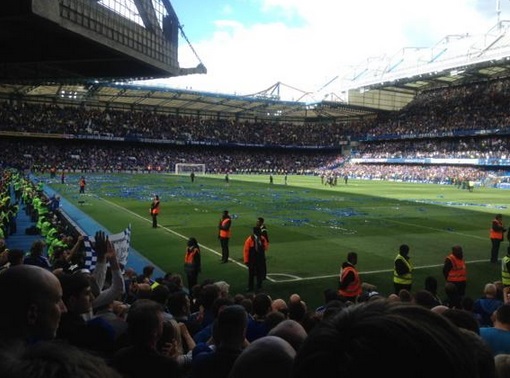 The season is not over but with nothing else left to win the Chelsea 2015/2016 planning starts now.

This summer is going to be interesting, mainly because the other teams in the league are going to buy in order to strengthen. Manchester City might need a serious overhaul and new manager, and Arsenal…will probably just buy more attacking players instead of what they actually need. The wild card is Manchester United, who might pose a threat under Louis Van Gaal next season if he can get the right players to balance his squad and fill the holes.

Chelsea however will see changes too. First, and most tragic, is Petr Cech leaving. I was hoping Cech would retire here, but he is a top 3 keeper, and so is Courtois. That situation can’t stay the same forever, and one of them has to leave. As much as I hate to say it, the team has to look to the future, and Courtois is young enough to be part of that future, Cech is not. He wants to play for a top team, and this summer will have plenty of offers. I will be sad to see him go however.

As I mentioned earlier in the post, we need some better cover for the center midfield and attacking midfield positions, so that suspensions and injuries don’t disrupt the team in the way they did this season. This need not be a massive influx of players, maybe one signing in each position should suffice, and then bring in several young players. Ruben Loftus-Cheek would actually be sufficient if Mikel doesn’t leave this summer, though I suspect the Nigerian might be on his way out.

He will also be missed, and he was always one of my favourite players at the club.

I’m curious as to whether or not Drogba will stay as a player. He provided some massive goals this season, but everyone could see that his age was finally catching up to him, and he didn’t have the legs to threaten as he once used to. I wonder if Patrick Bamford is brought in next season to provide a third option, or if Drogba will continue to play for one more season as third choice.

But I am glad him and Remy were brought in, because they scored massive goals when Costa was gone, and deputized ably.

Next season Chelsea 2015/2016, I would like to Chelsea retain the league title, and also win at least one of the domestic cups again. A league and cup double is always so satisfying. I also expect them to move further into the Champions League next season, ideally to win it. The squad we have is excellent now, and with some more depth, means we can rest big players to keep them fresh for the big CL games. I think this squad can handle the big guns next season, be it Madrid, Barca or Bayern, and there is no excuse for at least not making it to the semi finals.