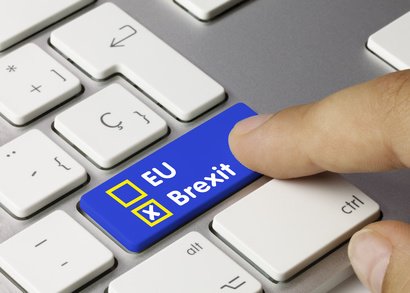 In politics, the UK looks to have voted by a wafer-thin margin to leave the European Union. It was a vote that divided opinion almost down the middle and has created an incredibly emotional response.

But there are more important things than the economy and self-determination, football is all we really care about.

Already we have seen fans across the world worried about what this could mean for football and the game that they love. As Chelsea fans, we decided to leave Europe months ago, but fear not. Our place at Europe’s top table of football will be waiting for Antonio Conte should he help Chelsea qualify for European football next season.

After all UEFA includes countries that are not just not part of the European Union, but those that are not even in Europe like Israel and 97% of Turkey. Even if UEFA decided to get vindictive like the political debate would Europe want to turn away one of the big financial draws.

The Premier League is one of the most popular football leagues in the world and this is unlikely to change regardless of whether the UK is part of a trade bloc.

The other aspect of Brexit that we have seen people talking about is Chelsea’s army of foreign stars. Whether this be from Europe or overseas stars that use European passports to play within the UK.

In the short term nothing will change the current players on the books will most likely be unaffected, how this will work in the long term will depend on the negotiations that take place in the coming months and years.

Players like Eden Hazard, Kurt Zouma and even our manager Antonio Conte will not have their passports revoked and business will essentially continue as normal. It may however make the club more apprehensive to invest in youth talent based on the current visa system.

Overall football and Chelsea will be fine, but fans will be watching with interest

See the full Telegraph analysis of Brexit on Football