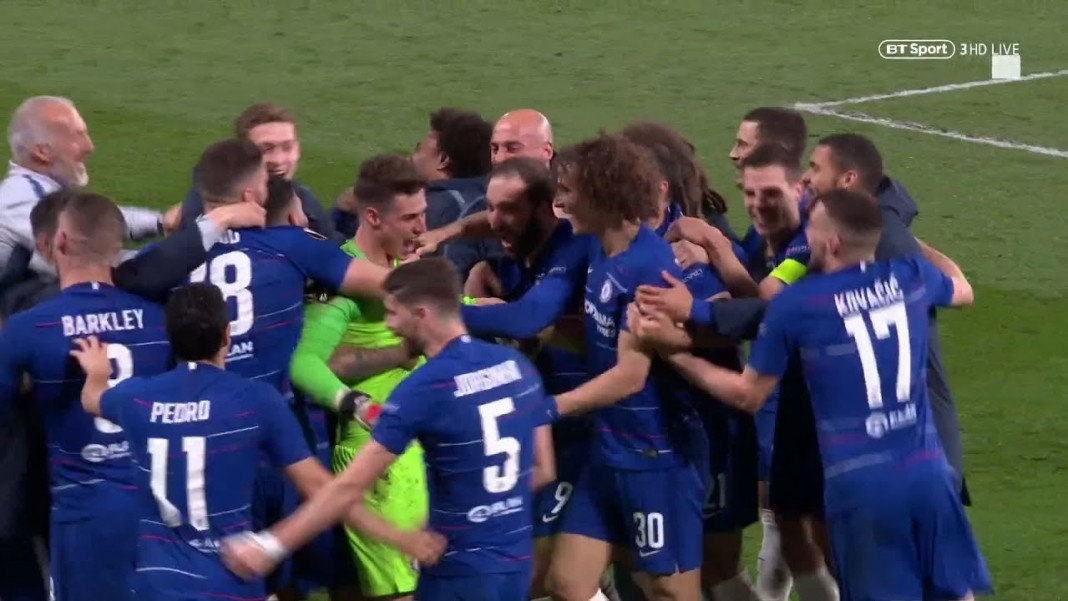 Chelsea will play Arsenal in the Europa League Final after a nail biting game where we rode our luck throughout. Chelsea fans may need to lie down after that one.

The game itself saw Chelsea start brightly but fold under the pressure Franfurt exuded with the Germans dominating the chances in the 2nd Half.

Lucky to go to penalties after a host of goal line clearances and near misses we even went behind after Azpilicueta telegraphed a poor side foot effort that was easily beaten away.

Our keeper though showed my theory that if you stay still then at least one penalty in five will come straight at you, using his knee to trap a low drive straight down the middle.

Luiz, Barkley and Jorginho all did their part and with another save by Kepa the stage was set for Hazard.

He pulled off his party trick and we can all celebrate a place at the final in Baku.

Sadly his reaction to the goal and after the final whistle suggest he knows that was his last kick of a football at Stamford Bridge.

The final word though should go to Frankfurt, good team, incredible fans and they deserve massive respect for what they have achieved. All the best next season!